About a month ago I started to ask God for a worship leader. “I want an anointed, faithful, and talented worship leader. And I don’t want to go out and search for them.” I told God of my many times of finding the right person for various jobs,  but never seeing much follow through from them. I had enough of it. Honestly I was acting more like a brat than anything else. I wanted a worship leader and all I wanted was to just add water.

In His mercy He told me “March 21st”. About a week later I asked Him again and He reiterated the time with a little bit of frustration that I had asked again.

Fast forward to Sunday the 21st, I’m on my toes expecting anything from God. Looking around corners not knowing if it would happen. In our morning prayer event I felt God tell me who it was, a young man who recently relocated to be nearer to 24-7. I didn’t take the first urge from God, but wanted to wait to see what else God might say before the end of the day.

At our evening prayer and worship event our worship leader for the evening Seth forgot the pick for his guitar. Guess 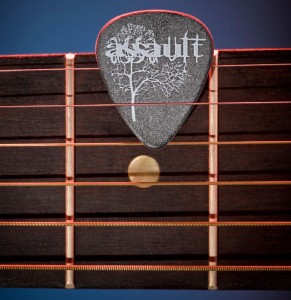 who gave him the pick that was in his pocket? It was the kid the Lord told me about earlier. When I saw this I went and sat down with him and asked “Do you play?” he said yes and then said that “If you ever need anyone to play let me know.”

A few days later I did “let him know” in the form of asking him to be the guy to lead the new meeting coming in April. What a great God we serve. Welcome aboard Joel Taylor! I’ve never heard you play, but God has chosen you and I can’t trump that.

One thought on “Just Add Water…”