2Absalom used to rise early and stand beside the way to the gate; and when any man had a suit to come to the king for judgment, Absalom would call to him and say, “From what city are you?” And he would say, “Your servant is from one of the tribes of Israel.”

3Then Absalom would say to him, “See, your claims are good and right, but no man listens to you on the part of the king.”

4Moreover, Absalom would say, “Oh that one would appoint me judge in the land, then every man who has any suit or cause could come to me and I would give him justice.”

5And when a man came near to prostrate himself before him, he would put out his hand and take hold of him and kiss him.

6In this manner Absalom dealt with all Israel who came to the king for judgment; so Absalom stole away the hearts of the men of Israel.

David’s son Absalom stood between the people of Israel and King David, deceiving them to believing that King David did not care for them. Absalom was attempting to steal the hearts of the people so that they would overthrow King David. 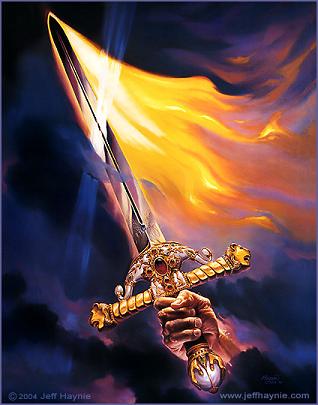 This is what goes on inside of me spiritually. Every time I have an internal issue, let’s say a friend hurts my feelings, I begin down the internal road of turning the issue over to Jesus. I know I should forgive them fully and allow the blood of Jesus to wash them and myself. But something happens internally, in the internal route to give this issue to Jesus someone else is standing much closer to me than Jesus. For this case lets say that it’s Revenge.

“See, your claims are good and right, but no man listens to you on the part of the king.”

“Oh that one would appoint me judge in the land, then every man who has any suit or cause could come to me and I would give him justice.”

Let’s be honest here Revenge, Bitterness, and Un-forgivness are much easier options than going all the way to Jesus. Revenge sounds much more appropriate, it’s believable, it sounds better than forgiveness. So sometimes unknowingly, that is what happens inside of us when we choose not to obey Jesus’ ways and allow that kind of convenience.
But, here is the kicker that option we chose has a real spiritual origin. It’s not just a thought, and it’s not unimportant. That option has some negative spiritual influence that wants to be the King of your soul. And by agreeing with it you begin to empower it.
There are more substantial reasons than the Lord simply dieing to cleanse us of our sins for the sake of your eternal destination. He desires us to BE ABLE to walk free of evil influences and even to be more than a conquerer in Christ Jesus. That is why God spent so much effort to give us sound instruction through His word. We look at some of the teachings of Jesus and think that it’s too hard, that we can’t live that out. And the truth is we can’t, that is why Jesus died to give us the strength and understanding to come to him with our sins and our weakness, to depend fully on King Jesus. Honestly the way we choose to disobey Jesus’ teachings is an indicator that we are probably influenced by evil that we have allowed to function over us.
If there are areas of your life that you have compromised and that you have chosen the easier route and not the Lord’s way, turn away from it. Next time you have the option to sin, stop and think (Jesus will give you that option), consider what the scriptures have said about this matter. It will most likely take a little more effort than you’ve made about it in the past, but this is for your freedom.
And I think your freedom is worth it, don’t you?