This long and meandering passage is about Jesus going up to Jerusalem for the Feast of Booths(<-link). When the time came for the feast, Jesus’ unbelieving brothers were encouraging Him to go up to Jerusalem and show off. They kinda mocked Him saying things like ‘don’t you want to be famous?!’

As Jesus went up to the feast, after His family left, He arrived to much divisiveness. The people were all buzzing about Jesus, but they didn’t talk about Him in public because they feared the religious leaders. As He taught in public He was met with harsh conversation. As usual Jesus taught with such wisdom that the words He spoke, even in midst of great rejection, were profound and full of insight, love, and liberty to those who would receive the words. (side note: I recommend a steady dose of the red letters all the time, regardless of what others books and chapters of the bible you may be reading. Matt 5-7 is my fav)

Ultimately, some folks wanted to kill Jesus and others were convinced that he was the Messiah. This division came as a result of His speaking the truth about Himself, His father, and the Gospel. Yet, since it was not God’s timing to let Jesus be killed he was not. These are pretty informative concepts for us.

Lastly, after this tough time at the feast, (that was originally made to worship Him, btw), Jesus went to the mount of Olives to be with His Father. The One who was His comfort and support, the one who was Lord. 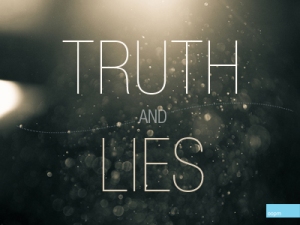 It would of been really nice if sweet-talking breezy Jesus strolled eloquently into Jerusalem and shared His testimony and people swooned over His kind words and the wonderful miracles He performed. It would be nice, but that is not what happened. Jesus was rejected, and lived a life of rejection. He was despised and hated. And yet for those folks who had the ears to hear Him and the boldness to follow Him they believed publicly. Sadly, the rejection of Jesus climaxed with His death and those who would proclaim His name would also be the target of similar deaths. And in many countries ever since it’s been the same way. Followers of Jesus die daily.

The reality Jesus proclaimed is polarizing.

Historians have said that the early church grew up out of the martyrs blood. They say that many people were won to Christ because of the miraculous experience of seeing a saint die for the sake of their God. They say that signs would occur. They would love their murderers. They would glow and pray and love, nothing like real criminals. Here is an excerpt of the first Martyr Stephen…

“And hearing these things, they were cut to the hearts, and did gnash the teeth at him; and being full of the Holy Spirit, having looked stedfastly to the heaven, he saw the glory of God, and Jesus standing on the right hand of God, and he said, `Lo, I see the heavens having been opened, and the Son of Man standing on the right hand of God.’ And they, having cried out with a loud voice, stopped their ears, and did rush with one accord upon him, and having cast him forth outside of the city, they were stoning [him] — and the witnesses did put down their garments at the feet of a young man called Saul — and they were stoning Stephen, calling and saying, `Lord Jesus, receive my spirit;’ and having bowed the knees, he cried with a loud voice, `Lord, mayest thou not lay to them this sin;’ and this having said, he fell asleep.” ~ Acts 7

The reason that Jesus, Stephen, and countless others died was not just for a set of beliefs. Nor was it not just for the sake of truth or justice. Primarily it was the Love that God had shown them that convinced them of the Justice, Truth, and Belief about God. Jesus loved the Father more than anythings else, and so did Stephen, and so do you (maybe you haven’t discovered it yet.). We were created for this kind of unity with God.

It may not seem very “inspirational” to take stands for what you believe in and for what is true. But often times the world around us doesn’t know where to turn, because we do not stand in contrast to the various shades of darkness that this world is drowning in. As we grow in relationship with God we should expect to be challenged to stand for truth. Expect this, get good at sharing truth. Often times folks are in bondage to lies that the devil has given them to keep them bound away from God. You have the key, you have their freedom. Love them and God enough to share the truth with them.

Be bold. Speak the truth. Love God, follow Jesus. Your life is eternal, death has no sting. Set the captives free.