“Praise Jesus, I’ve been saved, sanctified, and filled with the Holy Ghost!”

Ever said this, or heard someone say something similar. There’s not a lot wrong with it, the intentions of it are pretty good. But, there’s a problem I want to point out… it’s all in the past tense. 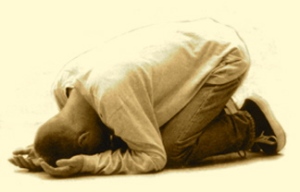 See we have a tendency to live our life in God in the past tense and not in the present tense and in future tense. We base our eternal future destination by what we did in the past. For example, if you’re a Christian and you’re reading this you likely have a date that you were converted to the faith and “got saved”. Maybe you joined a church and got baptized. Those are all good things. But that is not where the story ends, nor what Christianity is all about.

Many folks find it entertaining to study scripture and find “proof texts” to defend the theory that if you once called on the name of the Lord and asked Him for salvation then you are eternally “saved” from that moment forward. Or on the other side of the debate you have proof texts that reveal that salvation and your eternal dwelling place is not for certain. I want to talk about this in a way that kind of trumps that conversation and makes more motivational sense of it.

I use a term ‘pressing in’ to define the action of actively pursing God. I guess it’s a kin to what Paul said about his journey with God. He said about his journey in Philippians 3 that “I want to know Christ and the power of his resurrection and the sharing of his sufferings by becoming like him in his death,  11 if somehow I may attain the resurrection from the dead. 12 Not that I have already obtained this or have already reached the goal; but I press on to make it my own, because Christ Jesus has made me his own. 13 Beloved,I do not consider that I have made it my own;but this one thing I do: forgetting what lies behind and straining forward to what lies ahead, 14 I press on toward the goal for the prize of the heavenly call of God in Christ Jesus. 15 Let those of us then who are mature be of the same mind.”  Paul, the Apostle of Jesus Christ found it necessary to press forward. He says that He had not obtained the reward for this life in God.  Paul was one of the most Godly men to walk the planet, and he was not shouting “I’ve been saved, sancti…” He said I press forward, I strain, if…”.

Jesus on several occasions spoke of how we were to actively be in connection with God. For example in Matthew 7 He said, “Every tree that does not bear good fruit is cut down and thrown into the fire.” And in Luke 12 He said, “Be dressed for action and have your lamps lit; 36 be like those who are waiting for their master to return from the wedding banquet, so that they may open the door for him as soon as he comes and knocks. 37 Blessed are those slaves whom the master finds alert when he comes; truly I tell you, he will fasten his belt and have them sit down to eat, and he will come and serve them. 38 If he comes during the middle of the night, or near dawn, and finds them so, blessed are those slaves. 39 “But know this: if the owner of the house had known at what hour the thief was coming, he would not have let his house be broken into. 40 You also must be ready, for the Son of Man is coming at an unexpected hour.”

Paul says in Galatians 6 “And let us not be weary in well doing: for in due season we shall reap, if we faint not.”

There are so many “if”s in the Holy Scriptures, too many to feel good about saying “I’ve been saved…” Yes, there should be a great amount of gratitude for God waking us up to see Him and engage Him. That’s important. But Christ spoke of even the elite being deceive in the last days. He warned us to be aware and awake. To not indulging in the flesh or find great comfort in this world (Luke 6:24-26, 1 John 2:15-17)

This might sound a little harsh. I’m okay with that. It’s the truth and the truth sets folks free.

My point is not to scare you. I wanted to say all that to then say that the sweetest place in being a Christian is in the present moment of pressing into Christ. Paul said that He counted all his past history as dung for the sake of KNOWING (present tense) Christ. Paul got it, and He wanted us to have it.

Our Christianity is of no value if we are not presently abiding in God. John 15:7, “IF you remain in me and my words remain in you, ask whatever you wish, and it will be done for you.” Abiding in God in the present moment excludes us from judgement, it will produces the miraculous fruit of God, it will enable spiritual vision and discernment from evil, it will help us to be guided by God. This is THE place of salvation.

I’m married. We had an amazing engagement stage of relationship, a beautiful wedding and honeymoon, many years of awesome living with eachother as a family, but that could all end today if I decide to be unfaithful to the commitment to my wife.

So too our faith in Christ is completely dependant on the present day’s journey where we lay down our lives and live in loving relationship with Him. It’s not working to earn anything from God, it’s a present moment united life in God. It’s not based on balancing a sin “check book” although sinlessness should be our goal. It’s in the unitedness that we find salvation, sanctification, and the fullness of the Holy Ghost. It’s in the pressing in. It’s in the romance between God and us. It’s the single thing that sets us apart, it’s Him. The active living God. Not anything action from the past, although those may be awesome, it’s the present warmth and protection of the living God.

One thought on “Living in the Romance”