17 But thanks be to God that though you were slaves of sin, you became obedient from the heart to that form of teaching to which you were committed,

18and having been freed from sin, you became slaves of righteousness.

Here is what I want you to get from this scripture.

Go ahead and give Me some praise, because that thing you were believing in while you were a slave of sin did’nt work because of your commitment to it. It worked because I broke you away from the bondage of sin so that you COULD have a burning heart to be obedient to righteousness.

The greatest gift is what I did, your pity goodness is really sad without the divine severing I did between you and sin.

So I see you’ve been judging the world around you because of the commitment you have as a result of MY WORK. So what exactly does that mean? I mean, I’m not sure I get it.

In the Love of Me,

13 Then I heard every creature in heaven and on earth and under the earth and on the sea, and all that is in them, saying:
“To him who sits on the throne and to the Lamb
be praise and honor and glory and power,
for ever and ever!”

14 The four living creatures said, “Amen,” and the elders fell down and worshiped.

Just thinking about all living creatures saying the same thing makes me tremble with awe. While we live with a measure of doubt there will be a day when all things, even atheists, will say these remarkable words.

The Lamb is eternally recognized for his sacrifice and humility. Amazing! He is unashamed of His sacrifice, for in it the love of God has been eternally revealed.

The words PRAISE, HONOR, GLORY, POWER that is stated to be to the Father and to the Son are remarkably powerful. They seem to ascend in order of importance and meaning; praise is recognition, honor is respect, glory is the physical revelation of His awesomeness, power is the truth of His control. Some of us can praise Him without giving Him honor, glory, or power. But all of creation will state that He has praise, honor, glory, and power. He was always in control with His power and always deserving of honor and glory and praise. We can choose to let Him have these things now through our worship, through our tongues, through our lives.

The living creatures said “amen” and the elders fell down and worshipped. The elders falling down seems to speak of the significance of their position as the redeemed. In other places the scriptures speak of the angels longing to look into the redemption that Christ has brought. Ever seen someone loose it in worship weeping and praising and you felt kinda ashamed that it wasn’t you? I think this is what is being displayed when the creatures say a reverent “amen” and the elders fall down worshipping. They were probably thinking “wow” these guys know something I don’t.

Where’s the Holy Spirit in this picture? He’s abiding in the creation that He has brought to the Father and to the Son. He is the driving force in this picture.

Am I giving God the praise and the honor and the glory and the power in my life? I find that statement to speak of the full surrender He has called me to. I want to here and now speak these words with complete confidence.

How can I become a better worshiper?

Lord, Your awesomeness is noteworthy, your power is breathtaking, your humility is troubling. I don’t know how to handle your greatness. Let me become a worshipper in the deepest since of the word.

In this time of economic crisis…… 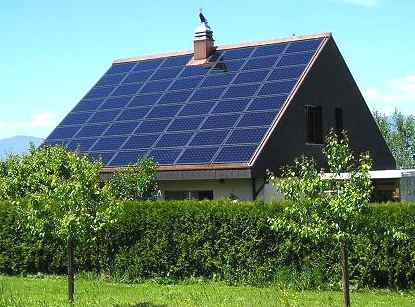 Get Power From The Son